in Our Koalas, You Yangs Region
Tags: about koala joey

Kozo was funny and curious as a joey like her mother KiKi.  But as an adult she is more reserved.  She is still quite calm with us, but less flamboyant than her mother. 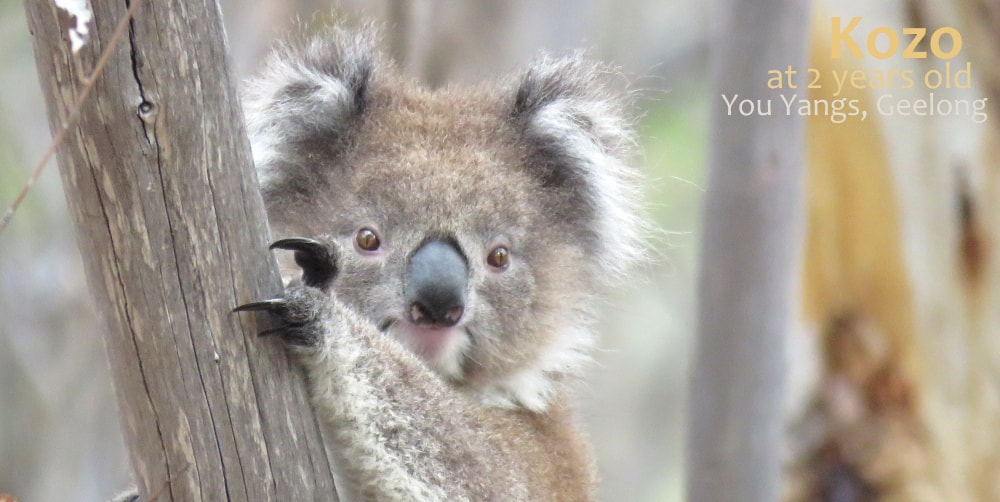 a combination of KiKi and Cruiz. Kozo means “Happy Boy” in Japanese: at first we really thought Kozo was a boy.

She first emerged from KiKi’s pouch in September 2017, so she would have been born in March 2017. 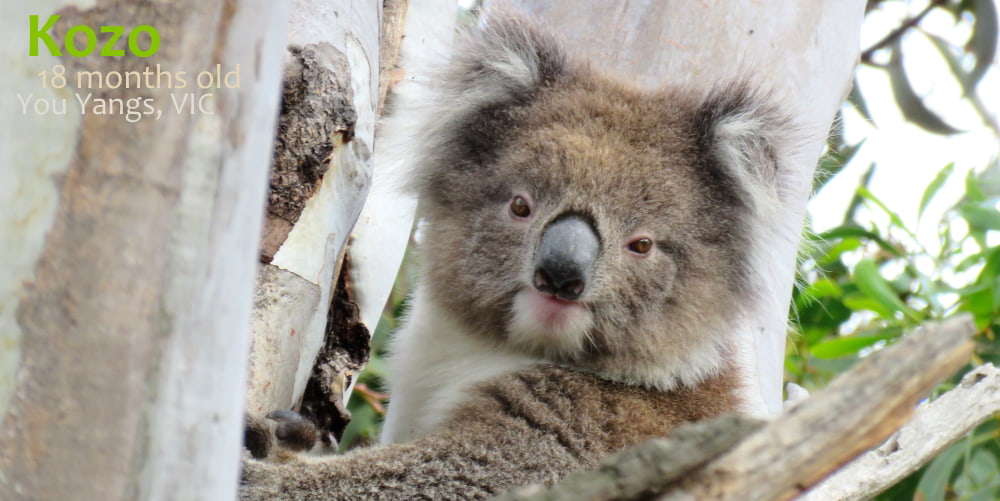 Kozo’s mother is KiKi, daughter of YuYu. Her father is probably Cruiz. Kozo is KiKi’s first baby. She has two siblings now: sister LuLu and new joey Mimi; and an Aunt – CoCo and an Uncle –  Bobo.

Kozo’s first joey – Indi – was born in January 2019.  We think Indi’s father is Mabo, as Kozo was spending a lot of time in his area when Indi was conceived.

Kozo has survived the following extreme heat waves and droughts.

Kozo wasn’t born when this video was taken, but this may have been the first time her father met her mother.